Alphatrad Madrid specialises in translations, interpreting and proofreading services, multilingual transcriptions, voice-over services and subtitling. The company belongs to the Optilingua International Group, which has subsidiaries in 12 European countries, and has over 40 years' experience in translation and linguistic services.

Populated by around 3,223,000 inhabitants (2018), the city is located more or less in the centre of the country and at an altitude of 660 metres above sea level. As is usually the case in cities located far away from the coast, it is very hot in summer and very cold in winter. The radial road system and railway network take you all around Madrid. Puerta del Sol, one of its most symbolic squares, constitutes ground zero.

Madrid is a city packed with personality, charm and steeped in tradition. Its people, far from shutting themselves away from the mass invasion of peoples from all around Spain and other countries, are open and hospitable. History has left a deep mark on this city which boasts many symbolic and historic buildings such as: palaces, churches, museums, gardens, neighbourhoods...

Madrid is the political and economic centre of the country. It is here that the head offices of the major banks and companies are situated, from all fields; as well as the foreign embassies. Its Prado Museum is the most important art gallery in Spain. 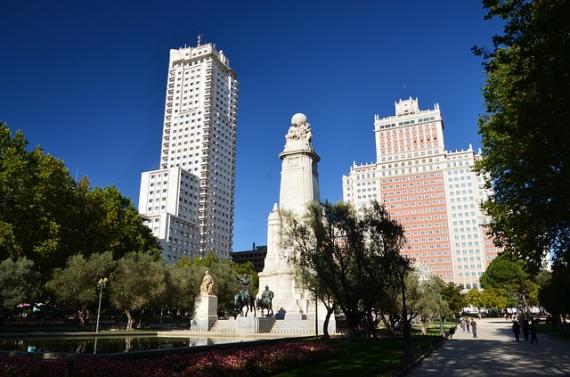 Contact our professionals by email at madrid@alphatrad.com, where you can request a free, no-obligation quotation.