Alphatrad Augsburg specialises in translations, interpreting and proofreading services, multilingual transcriptions, voice-over services and subtitling. The company belongs to the Optilingua International Group, which has subsidiaries in 12 European countries, and has over 40 years' experience in translation and linguistic services.

Interesting facts about the city of Augsburg

The city of Augsburg is the third largest city in Bavaria, after Munich and Nuremberg. The metropolitan area has a population of 830,000 and its economy is prospering. The city is one of the most important industrial locations in southern Germany.

At one time, Augsburg held the title: "world capital of the textile industry", but the city’s industrial emphasis has changed and nowadays, Augsburg is characterised by such industrial companies as MAN, Osram, and Fujitsu.

Augsburg is also home to historical attractions such as the Fuggerei and the Town Hall (Rathaus), and Augsburg is also well known in Germany and abroad, for its famous "Augsburger Puppenkiste" (marionette theatre).

Augsburg’s international importance was established in 1956, when the first city twinning project with Inverness (Scotland) was completed. Subsequently, this has expanded to include Nagahama (Japan), Dayton (USA), Bourges (France), Liberec (Czech Republic), and Jinan (China).

It is also worth mentioning that Augsburg is the only German town to have its own public holiday, the "Augsburger Hohe Friedensfest" (high peace festival), which is celebrated every year on August 8th. 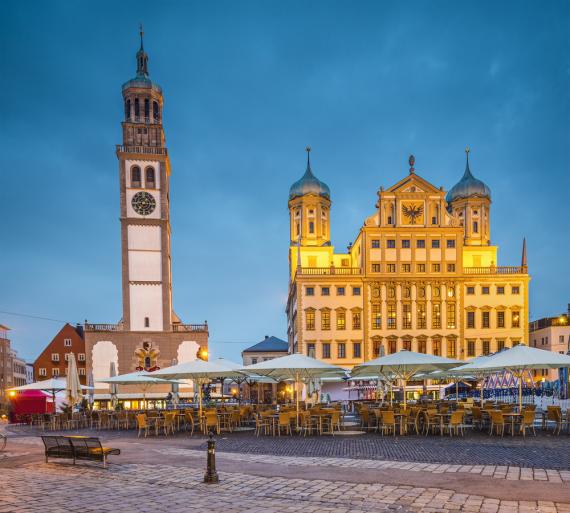 Contact our professionals by email at augsburg@alphatrad.de, where you can request a free, no-obligation quotation.